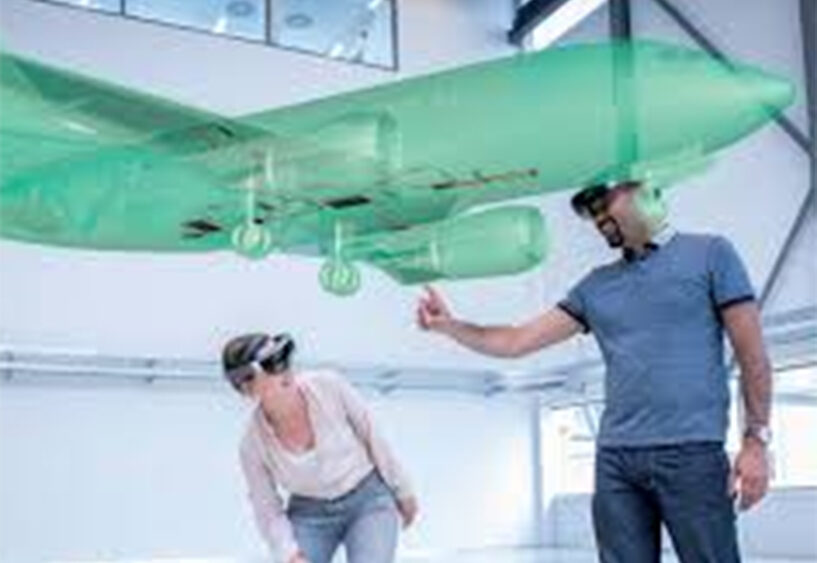 The Bahrain carrier is using technology developed by AFI KLM E&M in its maintenance processes.

A pair of connected, camera-equipped augmented reality (AR) glasses can
multiply a mechanic‘s capabilities and productivity several-fold, allow
them to access repair manuals, watch instructional videos and live-stream
to experts for remote assistance.

The technology, along with virtual reality, also has great potential to train
new mechanics, as demonstrated at the Dubai air show, where AFI KLM
E&M has revealed its HoloLens mixed reality glasses.

Developed with the Royal Netherlands Aerospace Centre via a joint
venture called Nuveon, HoloLens can superimpose a virtual environment
over the real one, allowing complex systems and components to be
recreated as a hologram in the wearer’s vision.

The technology has been trialed – and Part 145 EASA certified – with Gulf
Air to train engineers on the Rolls-Royce Trent 1000, but AFI KLM E&M
says that modules for other engines and systems are available.

Speaking to Inside MRO earlier this year, Gerrit Rexhausen, program
manager of corporate innovation at Lufthansa Technik, was also
impressed by the potential of AR technologies.

“AR technology offers great advantages in the preparation and display of
data, especially in the maintenance area of a hangar. We increasingly want
to replace the fixed workstations in the hangars and aggregate the
required IT systems on a mobile device,” he said.

Back at Gulf Air, chief executive Kresimir Kucko, said that “the
participants in the training module were quickly won over by the
simplicity and modernity of the solution.“

Another disadvantage of VR is that it is a completely virtual environemnt,
rather than a synthersis of real and holographic, although no doubt its
immersive qualities will prove ideal for certain other types of training.