Blog
Nuveon / Business / What is Augmented Reality and where are the affordable AR glasses?
Dec 18 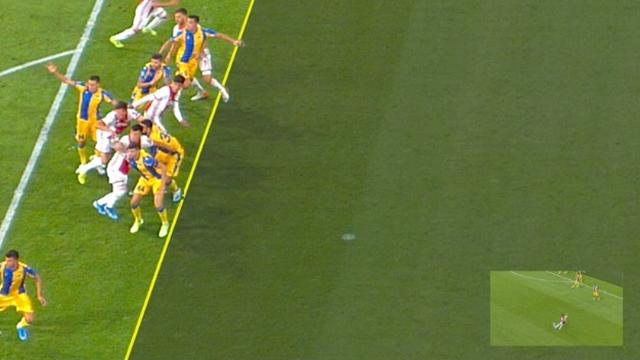 What is Augmented Reality and where are the affordable AR glasses?

A nice effect with which your face suddenly looks very different, a Pokémon that suddenly walks down the street, or furniture that you can already place in your living room to see how they fit into the interior: augmented reality (AR) has many applications. What is AR exactly, and what can we expect from this technology?

Augmented reality is also translated in Dutch as an added reality. There is AR if an extra layer of information about reality is digitally added. This can be done by projecting images onto spectacle lenses, but often AR is simply displayed on a screen. This can be done, for example, on a smartphone or on a television.

Perhaps the best-known form of AR is used during broadcasts of football matches. Here, for example, lines are used to show whether a player was offside or not. This is one of the first applications of AR that we already see regularly.

Augmented reality distinguishes itself on an important point from virtual reality (VR). With VR, the user is completely cut off from reality and the viewer is presented with a digital reality. With AR it is the intention that you continue to see the real world, but that extra information is added through technology.

AR is already popular on smartphones

Augmented reality is already widely used in popular apps, such as Snapchat, and the game Pokémon GO , which is played by millions of people worldwide. The game uses AR to make Pokémons appear in the living room or on the street corner. For this, the environment is filmed via the camera of the smartphone and a Pokémon is projected on the screen. It looks like the Pokémon is walking around in the real world.

A version with AR of the game Minecraft also recently appeared . Minecraft Earth lets players build with the familiar blocks. With AR they can project their creations into the real world via the camera and the screen of their smartphone. For example, a large castle can be projected in the back garden or a farm can be placed in the park.

AR is not only used by game makers: other companies also see useful applications of the technology. For example, the furniture giant IKEA developed an app that allows you to display furniture in the living room. The IKEA furniture from the catalog is selected and ‘placed’ in the living room via the camera of a tablet or smartphone. In this way, customers can see whether a certain piece of furniture fits in with the rest of the interior.

AR is also used in more subtle ways. In many cases, only information is shown. For example, car manufacturers sometimes project the speedometer and tachometer in the windshield of the car. A transparent display shows the speed between the window and the steering wheel. This allows the driver to keep an eye on the speed while keeping his eyes on the road.

No VR, but glasses

AR is therefore already present in everyday life, but many dream of a more far-reaching application of technology, for example through special glasses or with the help of a contact lens. In science fiction films we regularly see that a character experiences the environment differently through a contact lens. This shows, for example, street names, billboards and complete profiles of passers-by.

We will be a few years later before we can get such a lens from the optician. Google already released the Google Glass in 2013, but this product turned out to be too expensive and the functionalities were very limited.

Other companies are now also focusing on technology. Facebook subsidiary Oculus is working on its own AR glasses for the consumer market and Microsoft is developing the HoloLens for the business market. Apple, too, is said to be working on AR glasses, which are reported to be on the market in 2020.

Such glasses must enable better applications of AR and ensure that the technology becomes available outside of our smartphone screen. Think of watching a movie on the couch by looking at a white wall with the glasses or projecting the diary when you prepare food.

With the HoloLens you can project applications in your living room. Unfortunately, these glasses are also relatively expensive.

Technology is still in its infancy

The problem is that this type of application requires powerful equipment, which must also be very small to fit in a spectacle frame. That is why the AR glasses cost so far well over 1,000 euros. It does not necessarily make technology less impressive, but it does mean that it is not yet very accessible to the general public.

It is possible that Facebook and Apple will bring glasses to consumers somewhere in the coming years. Whether this will also be affordable is the question. If the tech giants know how to develop affordable glasses, then this may be at the expense of the quality of the technology. If you still want to get started with AR in the short term, then it’s best to go to your smartphone.

Manufacturers who (reportedly) are working on an AR headset: